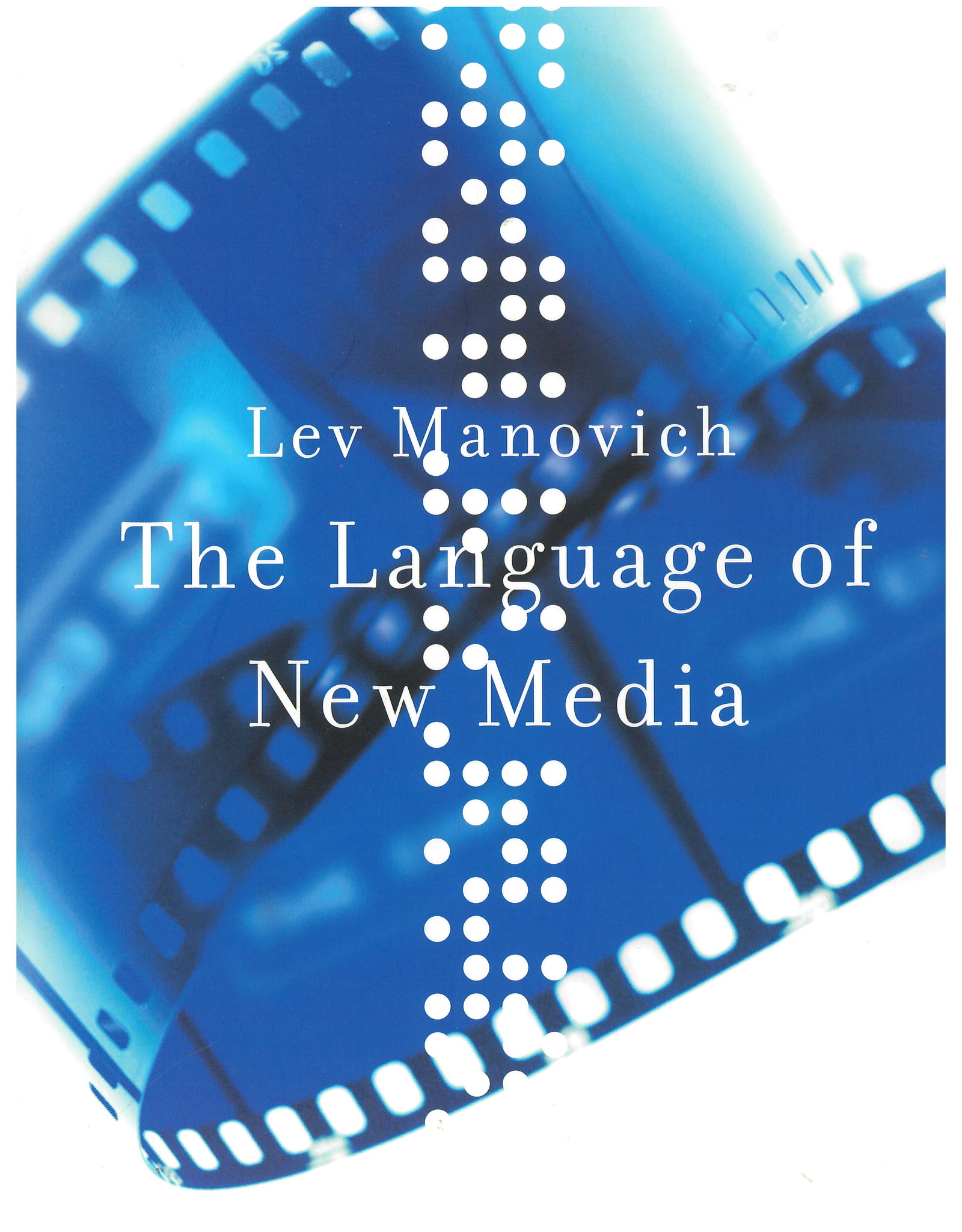 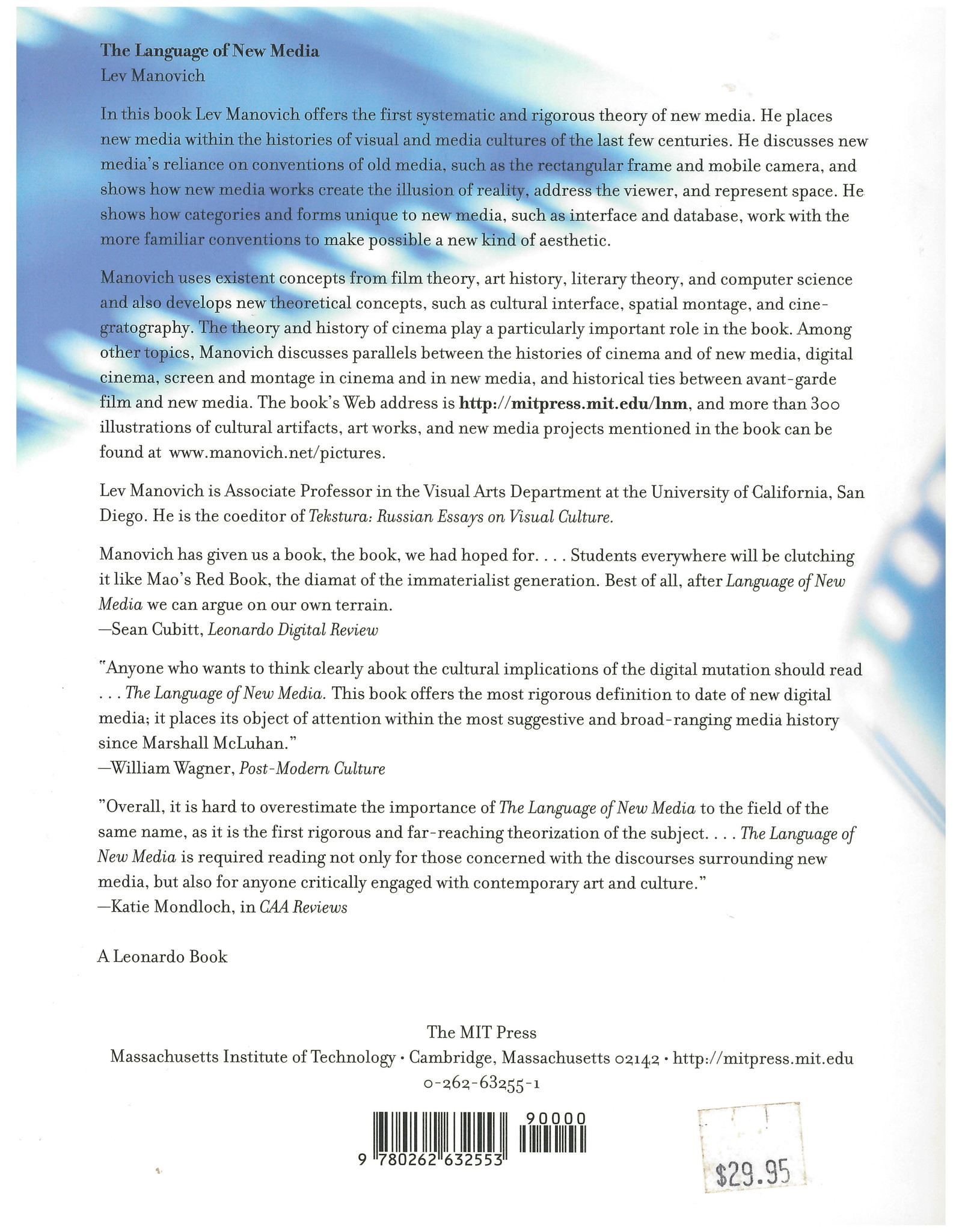 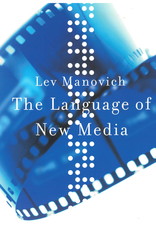 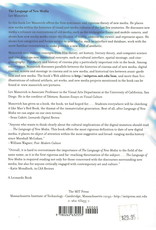 In this book Lev Manovich offers the first systematic and rigorous theory of new media. He places new media within the histories of visual and media cultures of the last few centuries. He discusses new media's reliance on conventions of old media, such as the rectangular frame and mobile camera, and shows how new media works create the illusion of reality, address the viewer, and represent space. He also analyzes categories and forms unique to new media, such as interface and database.

Manovich uses concepts from film theory, art history, literary theory, and computer science and also develops new theoretical constructs, such as cultural interface, spatial montage, and cinegratography. The theory and history of cinema play a particularly important role in the book. Among other topics, Manovich discusses parallels between the histories of cinema and of new media, digital cinema, screen and montage in cinema and in new media, and historical ties between avant-garde film and new media.